Below is a gallery of some of the maps, illustrations and 3D reconstructions from this one of a kind volume. Use the arrow keys to scroll through and view the images below. 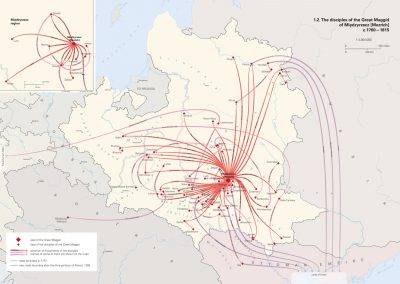 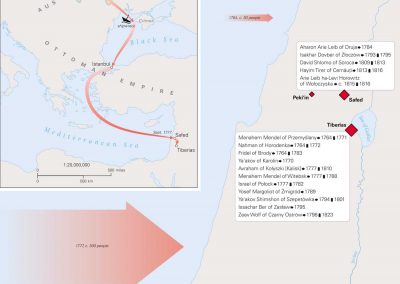 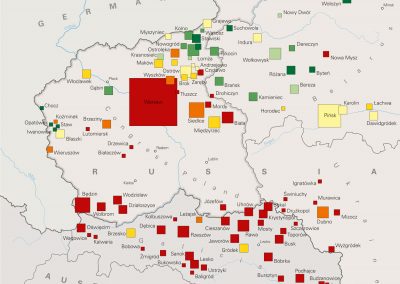 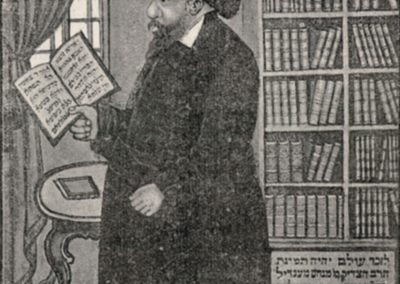 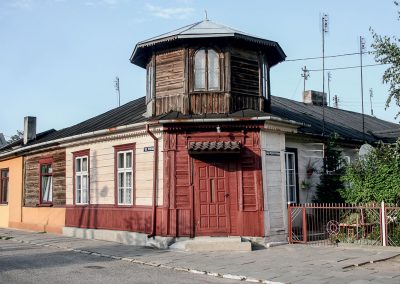 According to the legend, R. Menaḥem Mendel of Kock lived for twenty years in seclusion in the tower of his house in Kock. 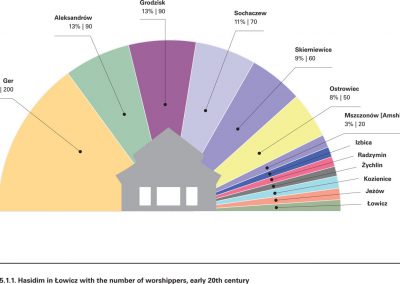 Hasidim in Łowicz with the number of worshippers in each shtibl; early twentieth century 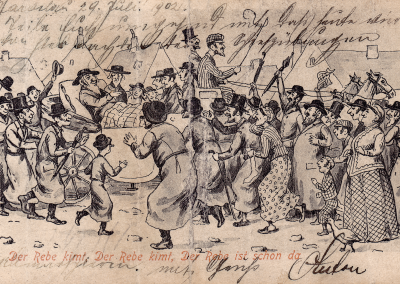 Early twentieth-century postcart depicts the arrival of a tsadik to a Galician town in a clearly satirical manner . . . 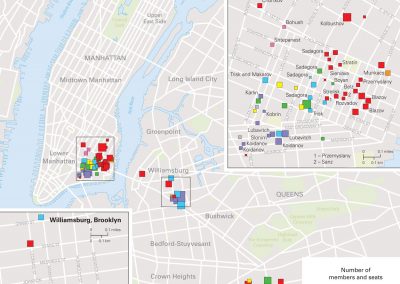 As Sh. Ansky noted in his war-time memoirs, “Husiatyn had suffered terrible destruction–unusual even for Galicia . . . 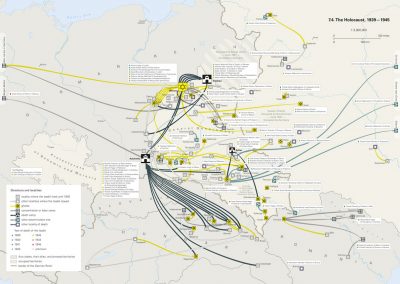 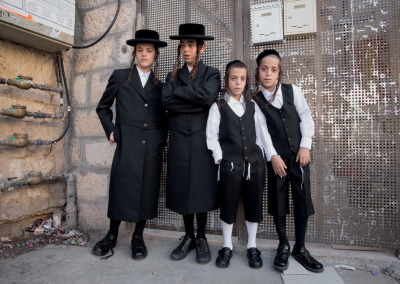 Hasidism flourishes today in many Israeli, North American, and European cities despite the decimation of nearly all Hasidism during the Holocaust. 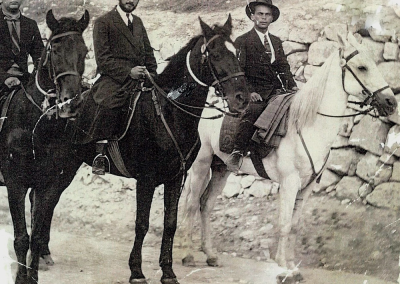 The tsadyik of Kozience, R. Israel Elaza Hepstein (1898-1966), pictured in the middle, belonged to the founders of Kfar Hasidim, the earliest Hasidic settlement in Palestine. 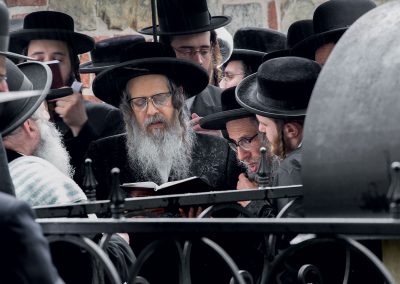 R. Zalman Teitelbaum competes with his brother R. Aharon over the leadership of Satmar, by far the largest group in contemporary Hasidism. 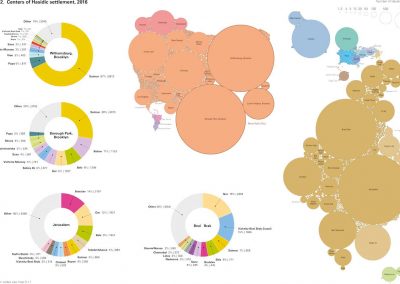 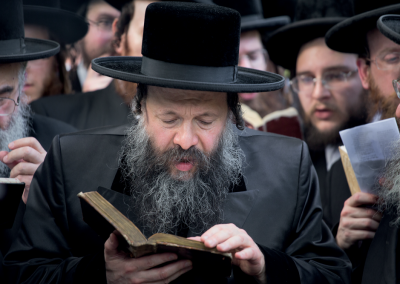 Another group divided by internal competition in Bobov. . . . R. Mordekhai David Unger, photographed while praying at the old Jewish cemetery in Krakow 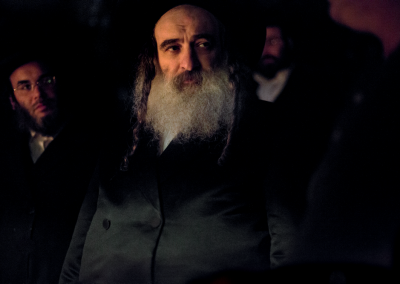 R Naftali Horowitz, the tsadik of a tiny group of the Kruly Hasidism (269 families), located mostly in Williamsburg, Brooklyn 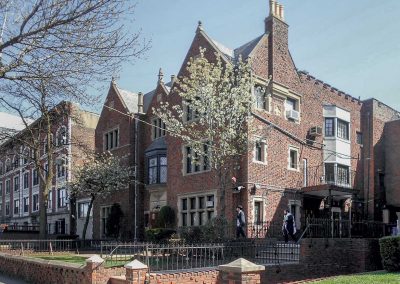 770 Eastern Parkway, Brooklyn, once the seat of the last tsadik of the Chabad-Lubavitch dynasty, R. Menaḥem Mendel Schneerson, now hosts the headquarters of the movement. 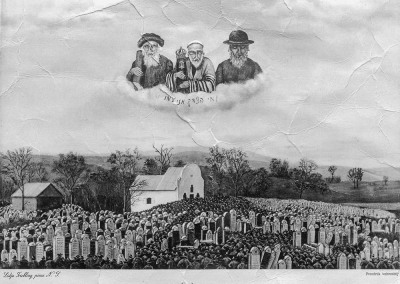 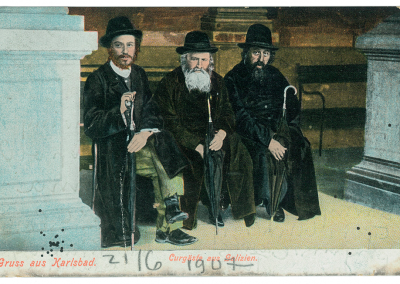 Already at the beginning of the twentieth century, Galician Jews in Karlsbad, Bohemia, were unmistakably recognized by their attire . . .

Contemporary pilgrimage to the grave of R. Yeḥezkel Shraga Halberstam (1813–1898), the tsadik of Sieniawa 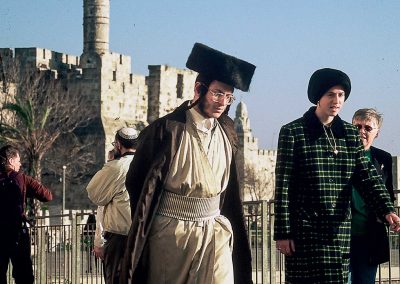 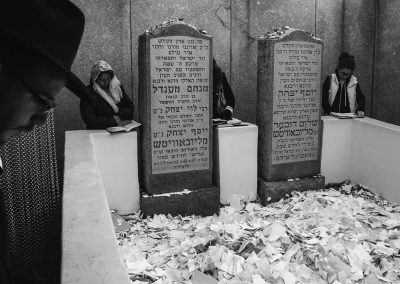 Graves of R. Yosef Yitzḥak and R. Menaḥem Mendel Schneerson, the sixth and seventh Lubavitcher Rebbes, are today among the most popular Hasidic gravesites worldwide, attracting up to fifty thousand pilgrims on the anniversary of R. Menaḥem Mendel’s death.

© Copyright, Princeton University Press. No images or part of this book may be distributed, posted, or reproduced in any form by digital or mechanical means without prior written permission of the publisher.

| Introduction by the Author [PDF]