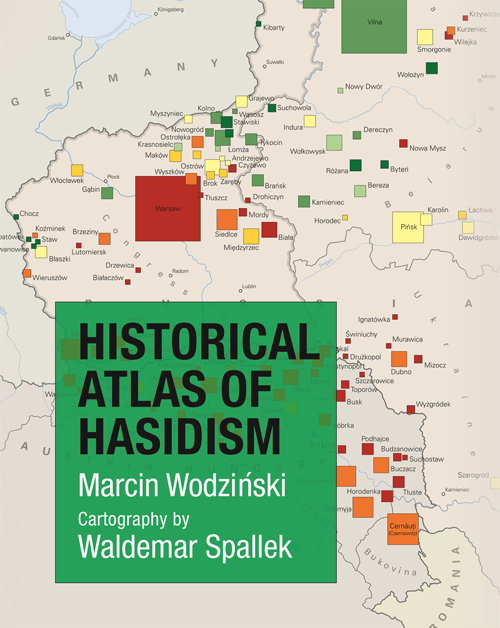 Historical Atlas of Hasidism is the very first cartographic reference book on one of the modern era’s most vibrant and important mystical movements. Featuring seventy-four large-format maps and a wealth of illustrations, charts, and tables, this one-of-a-kind atlas charts Hasidism’s emergence and expansion; its dynasties, courts, and prayer houses; its spread to the New World; the crisis of the two world wars and the Holocaust; and Hasidism’s remarkable postwar rebirth.

Historical Atlas of Hasidism demonstrates how geography has influenced not only the social organization of Hasidism but also its spiritual life, types of religious leadership, and cultural articulation. It focuses not only on Hasidic leaders but also on their thousands of followers living far from Hasidic centers. It examines Hasidism in its historical entirety, from its beginnings in the eighteenth century until today, and draws on extensive GIS-processed databases of historical and contemporary records to present the most complete picture yet of this thriving and diverse religious movement.

Historical Atlas of Hasidism is visually stunning and easy to use, a magnificent resource for anyone seeking to understand Hasidism’s spatial and spiritual dimensions, or indeed anybody interested in geographies of religious movements past and present.

For more information about this book, visit https://press.princeton.edu/titles/11268.html 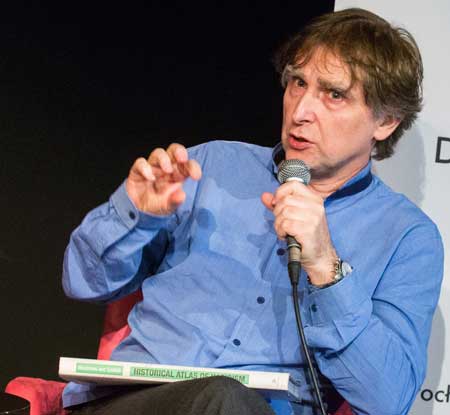 Marcin Wodziński was born in 1966 in Świdnica, Silesia. After completing Polish studies (literature) and Silesian studies (history) at the Wrocław University he defended his Ph.D. there. From 1996 to 1998 he taught at the Beijing Foreign Studies University, China. Subsequently he took position of the assistant professor, later professor, in the Department of Polish Studies at Wroclaw University. Since 2005 he has been head of the Department of Jewish Studies at Wrocław University. He also spent extended periods of time at universities in Israel and the US, and, between 2007 and 2014, worked for the Museum of the History of Polish Jews in Warsaw, where he held the position of chief historian.

His research focuses on Hebrew epigraphy, Jewish material culture, and the social and religious history of the Jews in nineteenth-century Eastern Europe, especially history of Hasidism and the Haskalah. His publications include more than a hundred articles in Polish, English, Hebrew, French, and Czech; thirteen books(two of them co-authored); and six co-edited volumes. Of his recent books he is most proud of Historical Atlas of Hasidism (Princeton University Press, 2018), Hasidism: Key Questions (Oxford University Press, 2018), as well as the co-authored book Hasidism: A New History (Princeton University Press, 2017). 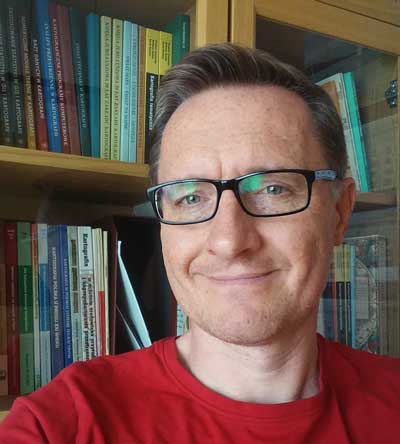 Waldemar Spallek is assistant professor of geographic information systems and cartography at the University of Wrocław in Poland. In addition to designing maps and other geovisualizations, he is a specialist in thematic cartography and the history of cartography. He is the author of a number of cartographic publications, including Thematic Cartography (2012), a series of Polish geographic atlases (2018), as well as many atlases for students. He is also an author, consultant, and translator of books on geography and history, and is a trained operator of unmanned aerial vehicles.

“A pioneering, exciting, and tantalizing work. Historical Atlas of Hasidism is a major contribution to our knowledge and understanding of a highly significant religious movement.”–Zvi Gitelman, author of Jewish Identities in Postcommunist Russia and Ukraine

“An unparalleled achievement. This original and innovative book blazes a trail through the history of Hasidism.”–Adam Teller, author of Money, Power, and Influence in Eighteenth-Century Lithuania: The Jews on the Radziwiłł Estates

“Wodziński’s book demonstrates that a photo is worth a thousand words and a map millions. This is the richest and most updated illustrated history of the entire process of emergence, growth, suffering, decimation in the Holocaust, and then the surprising renewal of Hasidism in modern times. A must for understanding this most vital aspect of Judaism.”—Moshe Idel, author of Hasidism: Between Ecstasy and Magic